The fingerclaw grip is a popular way to play games such as bgmi/pubg. It is more comfortable and less tiring than the palm grip.

This article will give you some tips on how to set up your fingers claw for bgmi/pubg. And type of claws set-up , layouts settings, sensitivity settings, guidence for Biggners, bgmi control code and all you need to know

The number of fingers used to play any mobile game is called claw finger set-up in gaming/ eSports language and is managed by the claw setup layout, initially this layout is basic, which gamers use to make their claw set-up easier can change.

Users of Battlegrounds Mobile India,pubg mobile or others eSports battle royale games like free fire, COD Mobile who have rapid fingers typically have quick reflexes as well. They can imitate how gamers who use a keyboard, mouse, or controller play, which can offer them a significant competitive advantage.

The fingers claw set-up is the most common and best for all gamers. This set up allows you to gain more control over your character while playing. It also reduces the risk of developing carpal tunnel syndrome, which is a repetitive stress injury on your hand and wrist.

What is Four Fingers Claw Set-up in Bgmi-

Players grip the phone with six fingers and give the fingers a claw-like appearance while playing BGMI or PUBG Mobile with four fingers. So it is dubbed a four-finger claw when we utilise four at all of the phone's edges to play BGMI/PUBG Mobile.

Players will need to find the controls set up that works best for them if they want to enhance their aim, accuracy, and overall gaming. The four-finger claw setup is frequently thought to be the greatest option because it allows players to concurrently move, jump, crouch, and shoot.

The simplest control schemes available in the game are the two-finger controllers. These controls are simple to master and work well for gamers who are just starting out.
Jonathan Gaming and Mavi are two examples of professional and competitive players who use two thumbs to manage the game. Players that use thumb controls in the game have greater hip-fire and win more 1v1 battles.
Here are some of the greatest 2-finger layout sensitivity settings. Depending on their equipment and tastes, players can alter some of these parameters.

The three-finger claw control scheme is one of the game's most frequently used control schemes. It significantly aids players in sharpening their reflexes and reaction time. By introducing shots like crouch+shoot, jump+shoot, and prone+shoot—which are exceedingly challenging in a two-finger claw layout—players can enhance their skill sets.

To play the game at a professional level, novice players must adapt their control scheme to match that of experts. In addition to frequent practise, modifying the control scheme to support the usage of a Four Finger claw can be quite beneficial for novices.

To enable this type of gameplay, newcomers must learn how to set up and configure a control scheme. They should practise using the Four Finger Claw configuration first. In order to increase their range of control, players must use the thumbs and index fingers of both hands in such layouts.

Players must arrange several buttons in a specific way for the Four Finger control scheme to work once they are familiar with the claw arrangement.

Players of BGMI can discover the control scheme in the game's "Settings" menu under the "Customize Buttons" tab.

Players can hone their crouch + shot, jump + shot, and prone + shot techniques using this set up. To hit opponents with faster and more accurate bullets, there is another shooting button near the thumb.

How to apply Fingers claw code in Bgmi?

Here is a tip on how they might improve performance by customising their control layout for Biggners:

How to Create a Good Finger Claw Setup for Yourself?

As we know that claw setup and sensitivity play an important role in bgmi or pubg.

Various basic settings that can help improve your bgmi/pubg gameplay-

Players must keep in mind that simply replicating the aforementioned settings won't enhance their gaming. To become accustomed to the setup, they must proceed to the practise area.

Note: The settings and layout described above are meant to be a general guide. These figures can be used as a rough guideline by players to modify their HUD and settings.

Go to Link
Please chat with our team Admin will reply in a few minutes
Hello, Is there anything we can help you with? ...
Start chat...
#Bgmi #Guide #how to 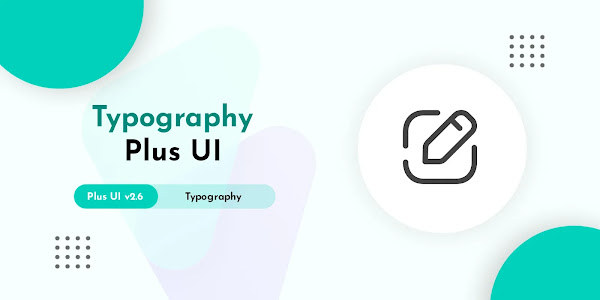